EXIT: The Sacred Temple (with P

EXIT: The Sacred Temple (with Puzzle)

Availability: Only 2 left in stock 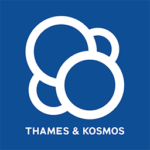 In EXIT: The Sacred Temple, you are racing through the jungle on a small island in the Indian Ocean, trying to save the professor and find the Sacred Temple before the treasure hunters do.
Only this time itâ€™s different because there are riddles within riddles hidden within puzzles. Like other EXITs before it, this game has no game board! But it also has no cards; instead, in this new addition to the EXIT series, there are four puzzles, which you will find during play and assemble one section at a time, one puzzle after another. Each puzzle creates an image that will show you what you need to find in the game and what each room looks like.
At the start of the game, all you have available to you are the puzzle bag containing pieces with a grayish-blue back and no pattern, and the decoder disk. But there are also strange items to be found within the game that may be used to help solve the riddles found in each of the puzzles.
The game ends when you have solved the last riddle and saved the Professor and the Temple! Difficulty Level: 3 of 5.

Thames & Kosmos (T&K) was founded in 2001 with the mission of improving informal science education outside of the classroom by publishing high-quality science kits for children of all ages. T&K's mission has since expanded from its S.T.E.M. roots to encompass other educational branches as well, including arts and crafts, as well as the panoply of thinking and social skills that can be taught through games.